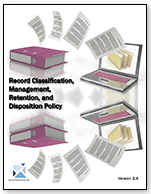 As companies face Disaser Recovery and Business Continuity challenges, one of the issue is usability and life expantancey of the physical and electronic sotrage media. The National Archives warns - "CD/DVD experiential life expectancy is 2 to 5 years even though published life expectancies are often cited as 10 years, 25 years, or longer.

However, a variety of factors may result in a much shorter life span for CDs/DVDs. Life expectancies are statistically based; any specific medium may experience a critical failure before its life expectancy is reached. Additionally, the quality of your storage environment may increase or decrease the life expectancy of the media. We recommend testing your media at least every two years to assure your records are still readable."

Recovery time is just one focus of CIOs 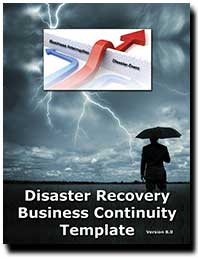 In  a recent survey it was found that 57 percent of CIOs see reducing recovery time in the event of IT failure and cutting the cost of backup as the two biggest pain-points for backup and disaster recovery. The next most significant difficulties were the ability to roll back to any point in time when recovering workloads and recovery testing.

Virtualization is already in place with the majority of those surveyed, with 86 percent of those questioned having a virtual infrastructure in place within their organizations. Other findings are:

Other areas of concern are IT Service Management, Enterprise Architecture, and IT Infrastructure: 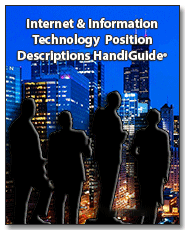 Covid-19 and the expansion of the H-1B program will impact the IT job market. Many want restrictions be placed on that program. Legislation could potentially affect a broad swath of tech firms that have laid-off large numbers of workers but continue hiring.

According to the Bureau of Labor Statistics high-tech industry overall has laid off more than 345,000 workers since August 2008, according to the two senators in the unveiling of what they called the Employ America Act.

The proposers of this legislation said that with the unemployment rate over 10%, companies that undertake mass layoffs shouldn't need to hire foreign guest workers when there are plenty of qualified Americans looking for jobs.

A company is considered H-1B dependent if more than 15% of their workers are on the H-1B visa, but the TARP restriction applies regardless of the percent of visa holders on the payroll. Companies that are H-1B dependent must, among the things, make good faith efforts to hire U.S. workers first.

With the Senate expected to receive an immigration overhaul bill early next year, the prospects for any H-1B-related legislation is uncertain and probably unlikely to pass.
Proposed earlier the H-1B and L-1 Visa Reform Act of 2009 would set a number of restrictions on H-1B use, including the so-called 50-50 provision that would prohibit any firm with more than 50 workers from having more than half workforce on H-1B or L-1 visas. That provision is aimed at Indian outsourcing firms. The legislation also sets higher salary standards for visa workers as well as anti-fraud provisions.

Other proposed legislation that would to increase the H-1B cap and that would exempt foreign graduates of U.S. Ph.D. programs from counting toward a cap on H-1B visas.